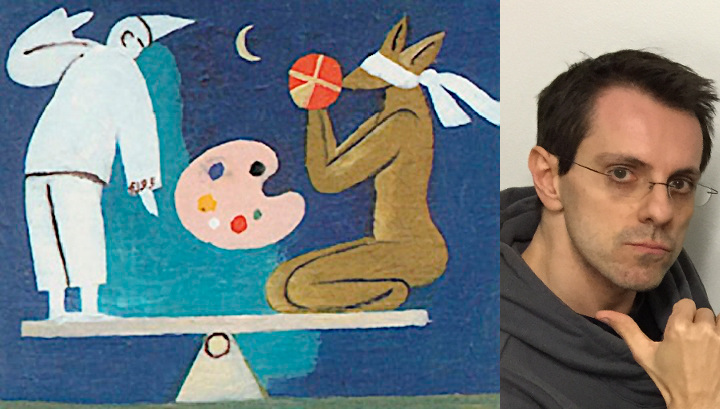 I have been playing magic since the very beginning (I remember buying Antiquities boosters, a shame I had taken a break from the game when Legends went out!) and every time I am facing a new format, there are always two constants. First, I try to play some kind of control deck. And second I must build something myself that is outside of the main stream. Especially the second one. When I am not able to build something quite original and with a decent chance of winning, my interest drops and I end up not playing that format at all.

Old School couldn’t possibly be different!
I started working at the format remembering the decks I played back at that time, but when I tried them, they didn’t work enough. Basically, the environment I played then had not a complete access to all the card pool and the deep core engine of the game was not understood as it is now. So my old builds (my preferred was a DrawGo with land-based defense: Desert , Mishra's Factory , Maze of Ith  and Island of Wak-Wak ) were performing decently, but not enough to be top tiers. So, when our first tournament was approaching, I tried a whole new build. Since I had seen that most of the decks were relying on creatures as winning conditions, I made a built that played main-deck real severe anti-creature solutions, like Meekstone , Moat  and The Abyss , with the usual heavy blue base of draws and counters. It had also a Transmute Artifact  engine that provided me the right solution against the deck I was facing (I played 5-6 artifacts in 1x and a couple of Transmute). I was still missing my own winning condition! I went for Millstone  as it was the most obvious choice, but I wanted a hidden trick: a creature that was able to deal good damage with all my anti-creature stuff on the board. And I found it: Tetravus ! Being artifact and flying it went around The Abyss  and Moat , and its ability to divide itself provided a 4 damage clock with just one card even under Meekstone . Playing it was quite skill intensive, that is something else I really like in a deck, and it seemed to run smooth, so I went with it. 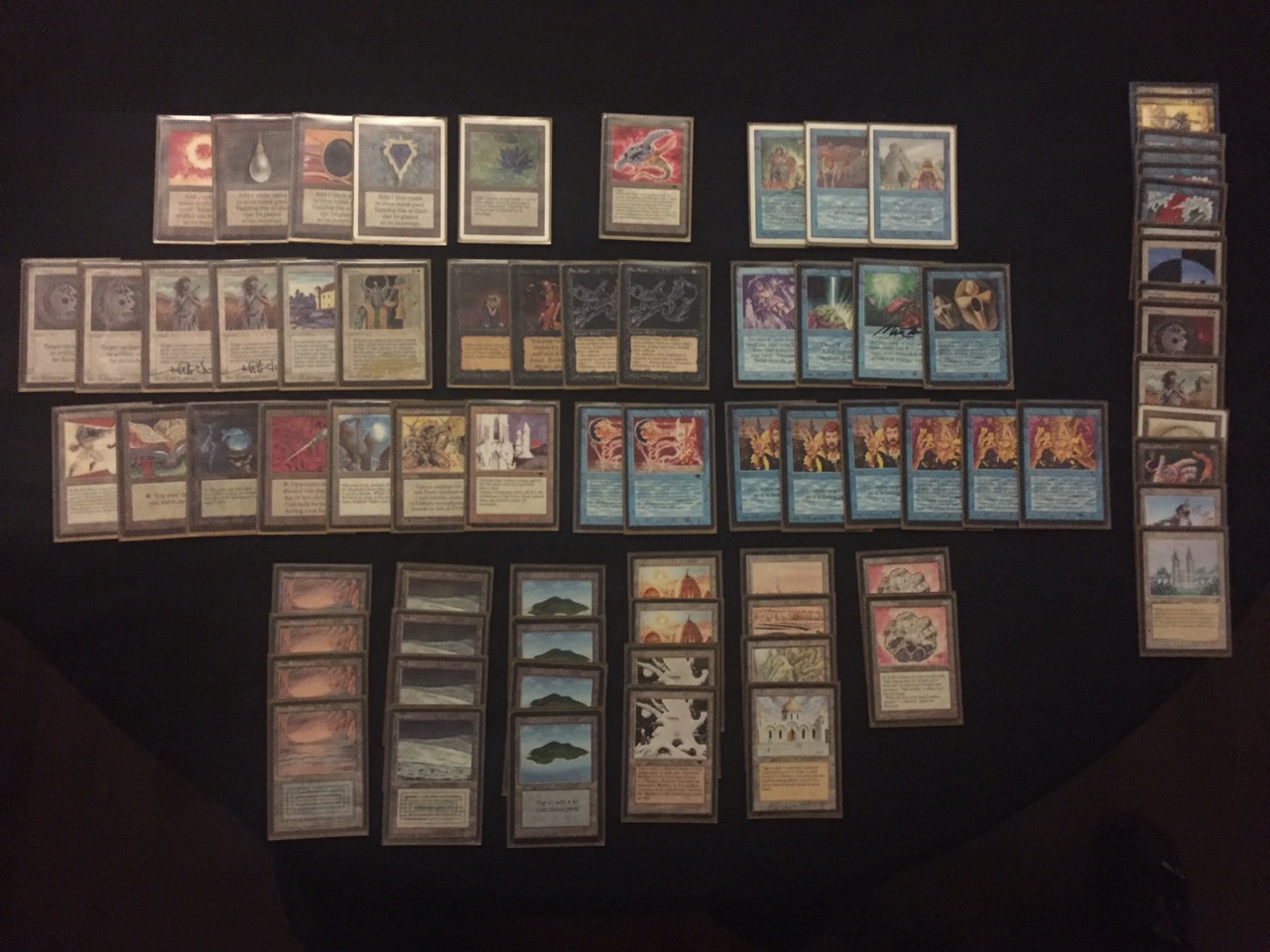 At the tournament the deck performed well. But not enough. The match-up against aggro and mid-aggro was good, but against other forms of control (like versions of The Deck), it was mostly a toss of a coin. When they started with good hands, I had not enough draw engines or other ways to regain the lost ground. I lost against Andrea Morrone, that was playing a white-blue version of The Deck, with splashed red for some direct damage (Lightning Bolt  and a couple of Fireball ). The fact that he ended up winning the tournament was a kind of solace .
When we set for a second tournament, I decided that I would have taken a different deck. There were two cards I really wanted to try: Stasis and "Energy Flux" , so I built a monoblue deck based around upkeep costs (3 "Energy Flux and 2 The Tabernacle at Pendrell Vale  main-deck) and mana deprivation (4 "Stasis and 2 Mana Short , that work great for denying payments!). As usual with my decks, I was missing a winning condition! 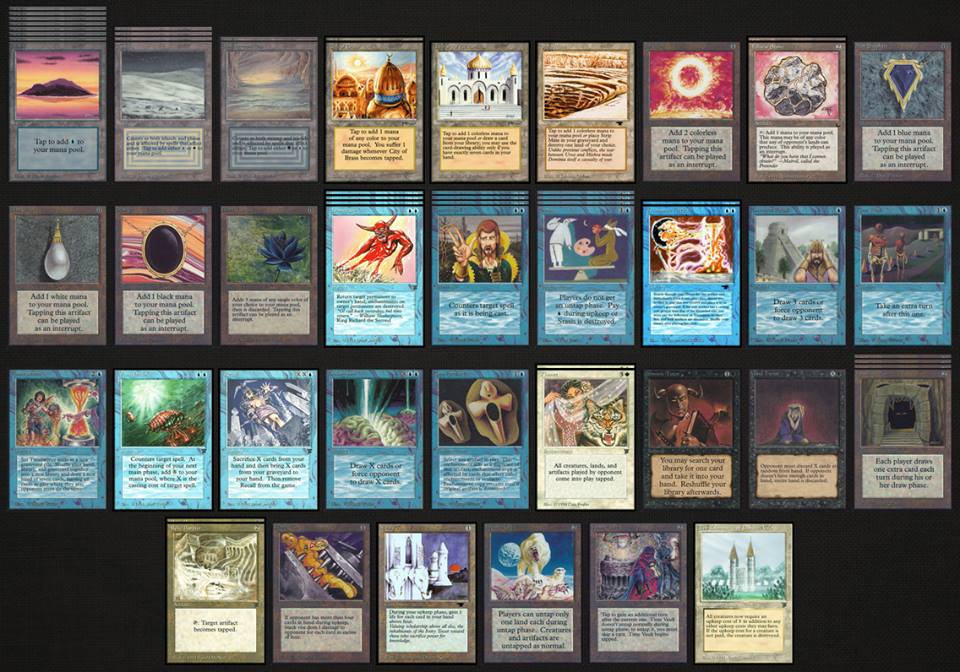 I decided for stasis infinite lock with "Time Elemental". I had no "Kismet", but I relied on my counters to handle the few spells casted with dropped lands. The deck was really fun to play (probably not to play against! ^^), its ability to lock the game and heavily punish artifact spam often let me recover from opponent godly starts. It had only a problem: I needed more or less an entire week if I wanted to finish all games at the tournament. Especially in case I lost the first game, there were good chances I wouldn’t be able to win two other games in time.

Since we decided for an early second tournament in order to take advantage of the holydays, time was very short even for deciding! At noon of the tournament day I changed the deck and brought a new version without a single playtest game (I know, we all did that and it is usually the worst idea ever! ^^).
I decided for a kind of mix of the two previous deck. "Stasis" was the part I was most happy with: an incredibly powerful card able to win the game by itself with a proper deck around. Sadly, I had to let go the Energy Flux  The reason was that if I had to be faster I needed artifacts myself. Especially 4 "Howling Mine". So the final deck was a Blue, White and Black (the latter just for "Mind Twist" and "Demonic Tutor" ), wholly based around "Stasis". White gave me access to "Kismet", and I also kept the "Transmute Artifact  engine that let me tutor the single "Black Vise", "Ivory Tower", "Winter Orb" and, most important, "Time Vault".

I even let go the "Time Elemental", being the only creatures in the deck they were too easy targets for "Swords to Plowshares" and Lightning Bolt . I replaced them with a fetchable Obelisk of Undoing , but after playing the deck I realized I do not need and infinite lock, just one long enough, so I will take it out. The deck has lot in common why the one that Tommi Hovi played in years following 93-94, obviously with a different card pool.

Since I had really no time to try it, it was even difficult to think of a sideboard, so I decided last minute for a full switch with flying beat-down creatures (Serra Angel , Serendib Efreet , and even Phantasmal Forces !).
The deck went really, really well. The Stasis -Time Vault  combo was the real surprise as it worked far better than I expected. A single Time Vault  let me pass from a first Stasis  card to a second one without giving a single untap to my opponent and it was the card I picked most when transmuting an artifact (usually a fellwar). 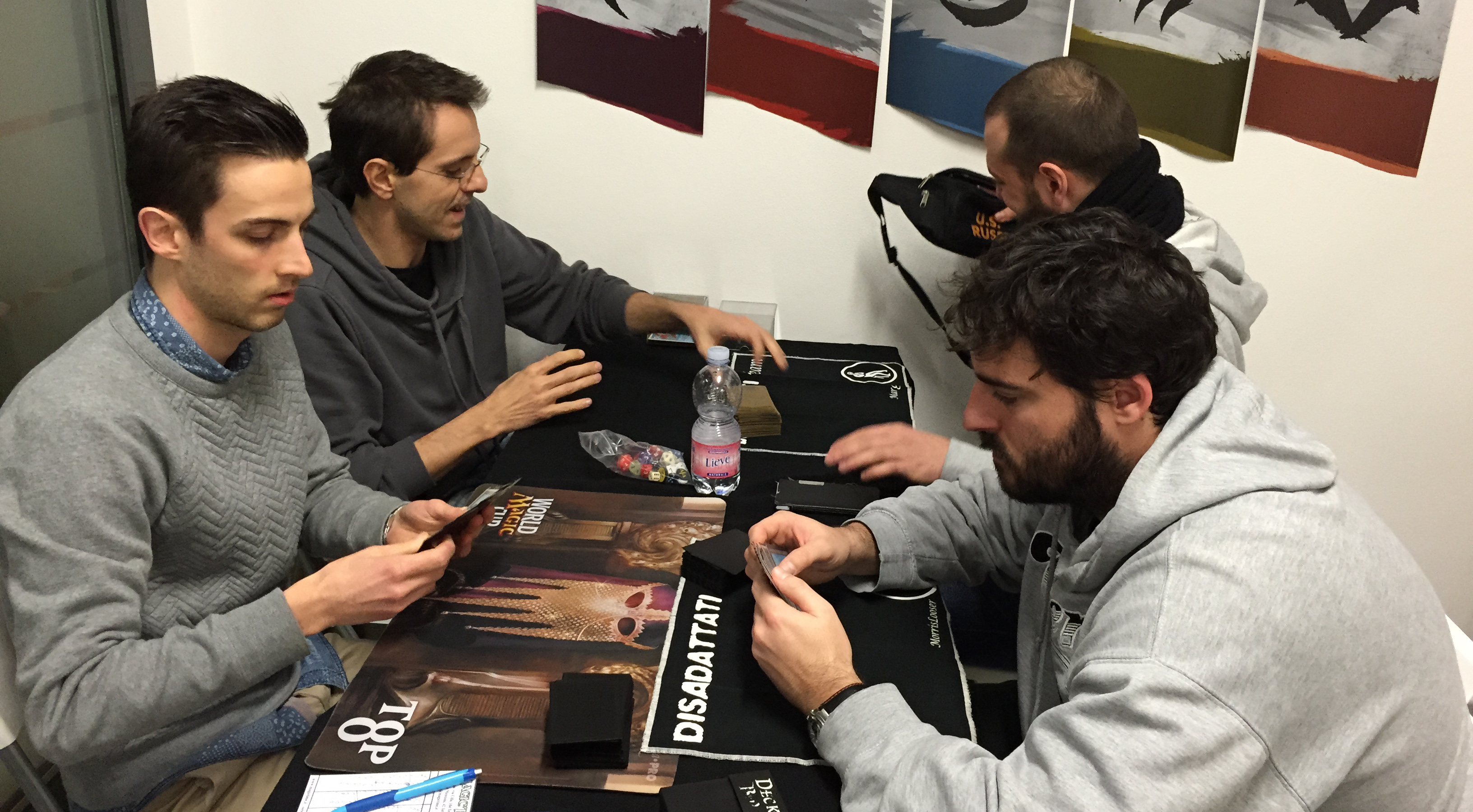 I even played two times with Andrea (that beat me in the last tournament) once in the swiss and then in the final. The deck play is quite intuitive, even if plenty of choices during the game. Basically, the first goal is to pack as fast as you can a good number of blue-producing mana (Copying a Mox or a Fellwar Stone  is done often). Even the Howling Mine  should be played as soon as possible, without too much fear of letting your opponent draw: there are really few threats you can’t control once Stasis hit the ground. Sometimes it also makes sense to drop a Stasis  without a way of untapping first (Boomerang  or Time Vault ), either you will draw a way or your opponent will untap first: this is usually not a problem unless you guess he could play a massive lands destruction (Armageddon  or Tsunami ). You must be careful of playing both Timetwister  and Recall , since it could be that you need another run of the deck to finish your opponent and when you have like three Howling Mine , it could go real fast. I really never went for the full creature switch, but I often sided just the "Serra Angel", keeping all the Stasis lock. The likeness of this happening is enough for keeping your opponent uneasy on how to side, not knowing if he will face creatures or not at all.

I won the tournament, but most of all I had lot of fun playing the deck as it implies choices, strategy and a good calculation of risks. I will probably bring it at the next event, with a few changes and a few tries.
Unfortunately, I was not able to take a picture at the tournament and I have not all the cards available at the moment, since a friend with most of the cards is out now, so I can post just a digital picture while waiting for the real one. 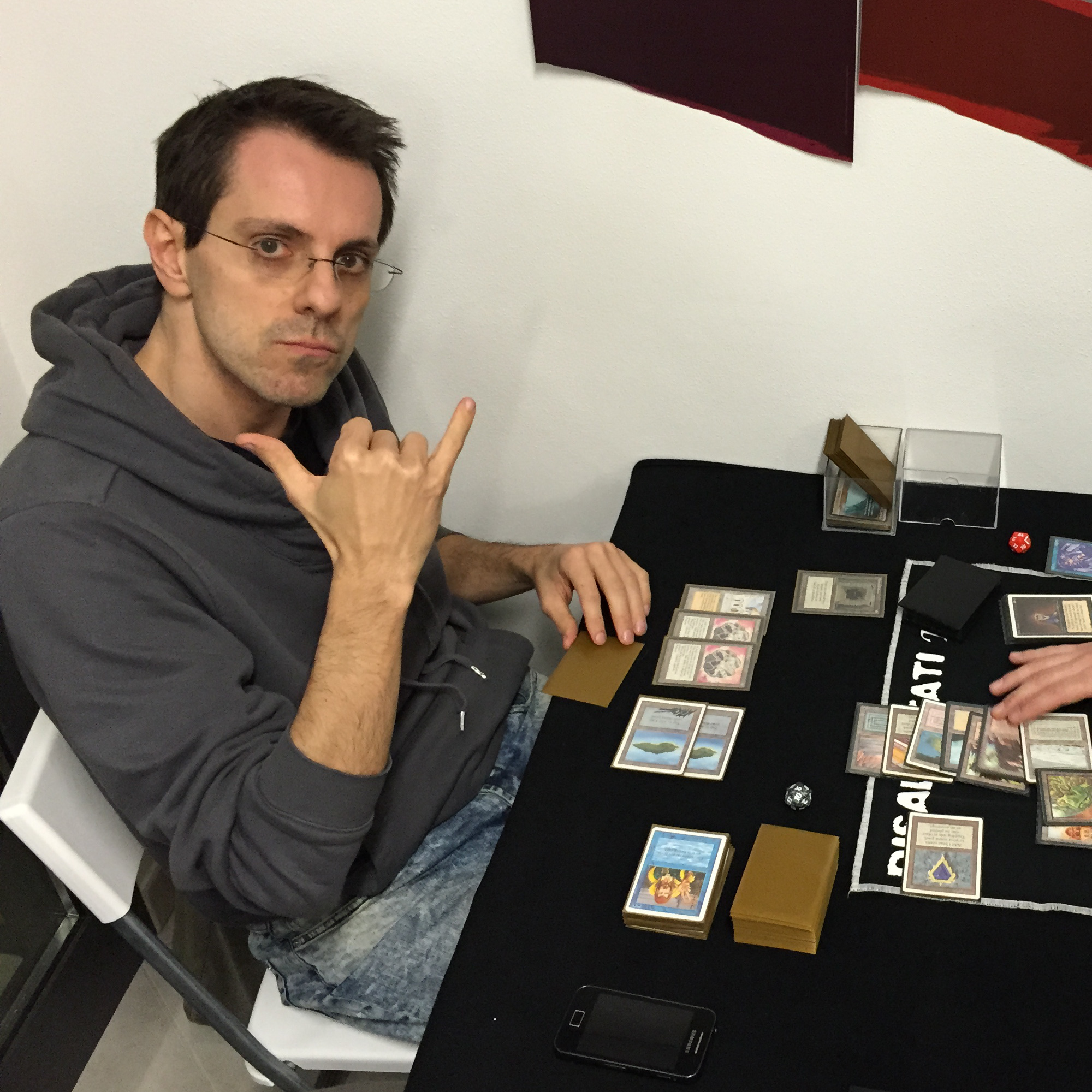 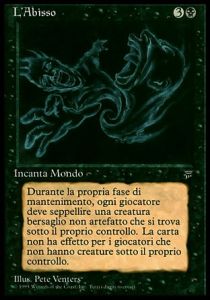 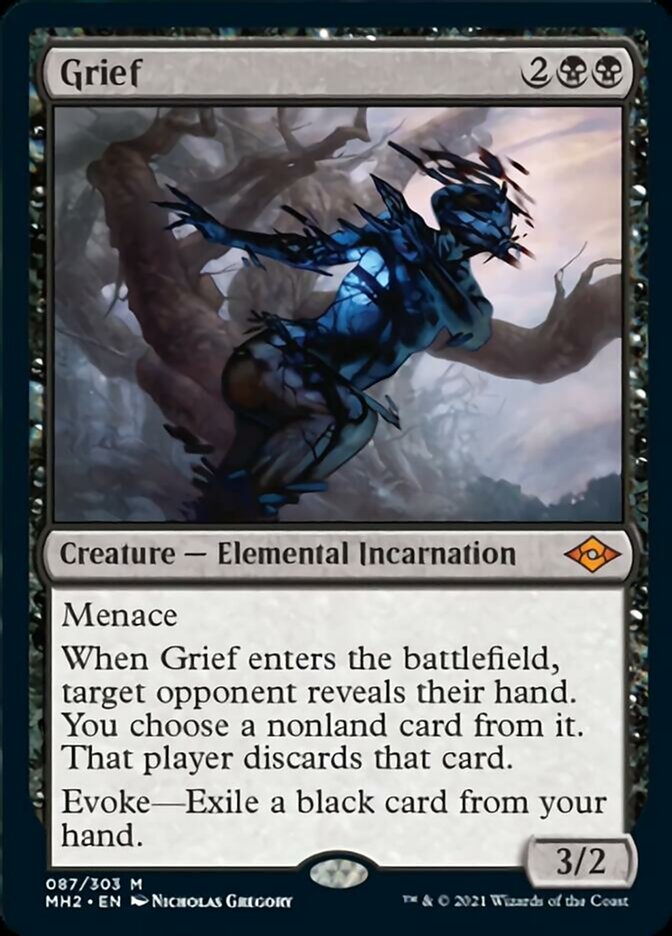 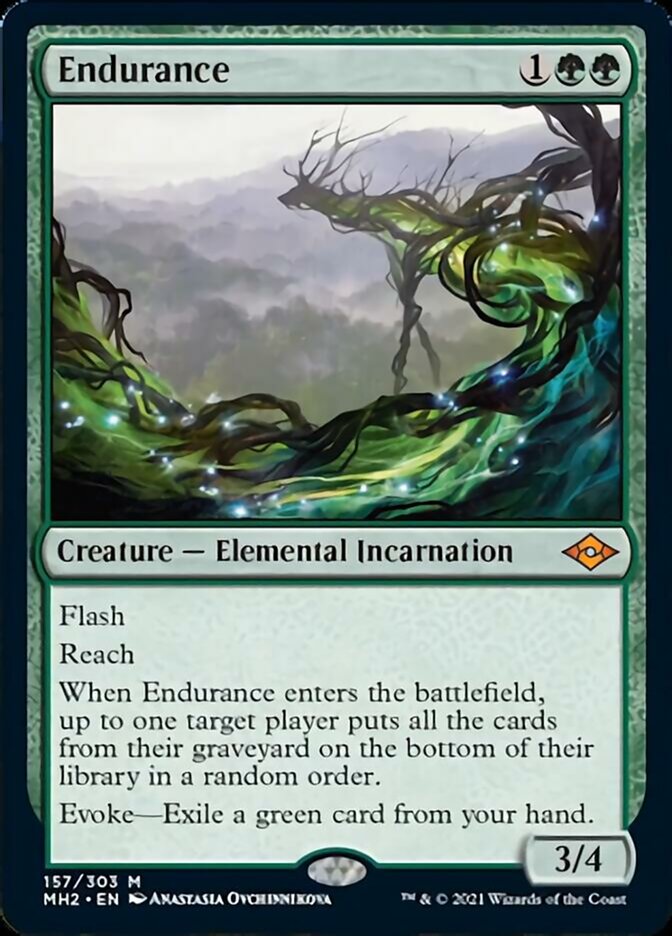 Phyrexia vs. The Coalition

From the Vault - Relics

From the Vault - Realms

From the Vault - Legends

From the Vault - Exiled

From the Vault - Dragons

From the Vault - Twenty

From the Vault: Annihilation

From the Vault - Angels

Frome the Vault - Transform
Set Base